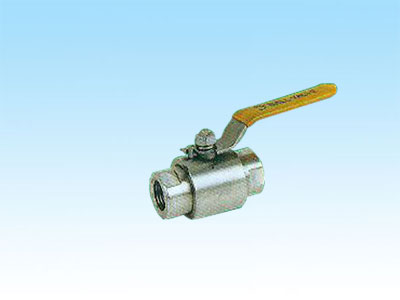 Internal thread ball valve and flange gate valve are the same type of valve, the difference in its c…

Internal thread ball valve and flange gate valve are the same type of valve, the difference in its closing part is a ball, ball around the center line of the valve body for rotation to open, close a valve. Ball valve is mainly used to cut off, distribute and change the flow direction of the medium in the pipeline. Two-piece ball valve, three-piece ball valve, is a new type of valve widely used in recent years.

A ball valve with external thread has the following advantages:

1. The fluid resistance is small and its resistance coefficient is equal to that of a pipe section of the same length.

3. Tight and reliable, the sealing surface material of ball valve is widely used in plastic, good sealing, and has been widely used in vacuum system.

4. Easy to operate, open and close quickly, from fully open to fully closed as long as the rotation of 90°, convenient for remote control.

7. A wide range of applications, from small diameter to a few millimeters, to a few meters, from high vacuum to high pressure applications.

1. Leave a position for the valve handle to rotate.

2. Cannot be used as throttling.

Ball valve with drive mechanism should be installed upright.

Ball valve itself is the main characteristics of compact structure, reliable sealing, simple structure, convenient maintenance, sealing surface and the spherical often in the closed state, not easily be medium erosion, easy operation and maintenance, applicable to water, solvent, acid and gas, such as general work medium, but also is suitable for the working conditions of media, such as oxygen, hydrogen peroxide, methane and ethylene, It has been widely used in various industries. Ball valve body can be integral, can also be combined.